Asher Bio may have found a way to enhance cancer immunotherapies 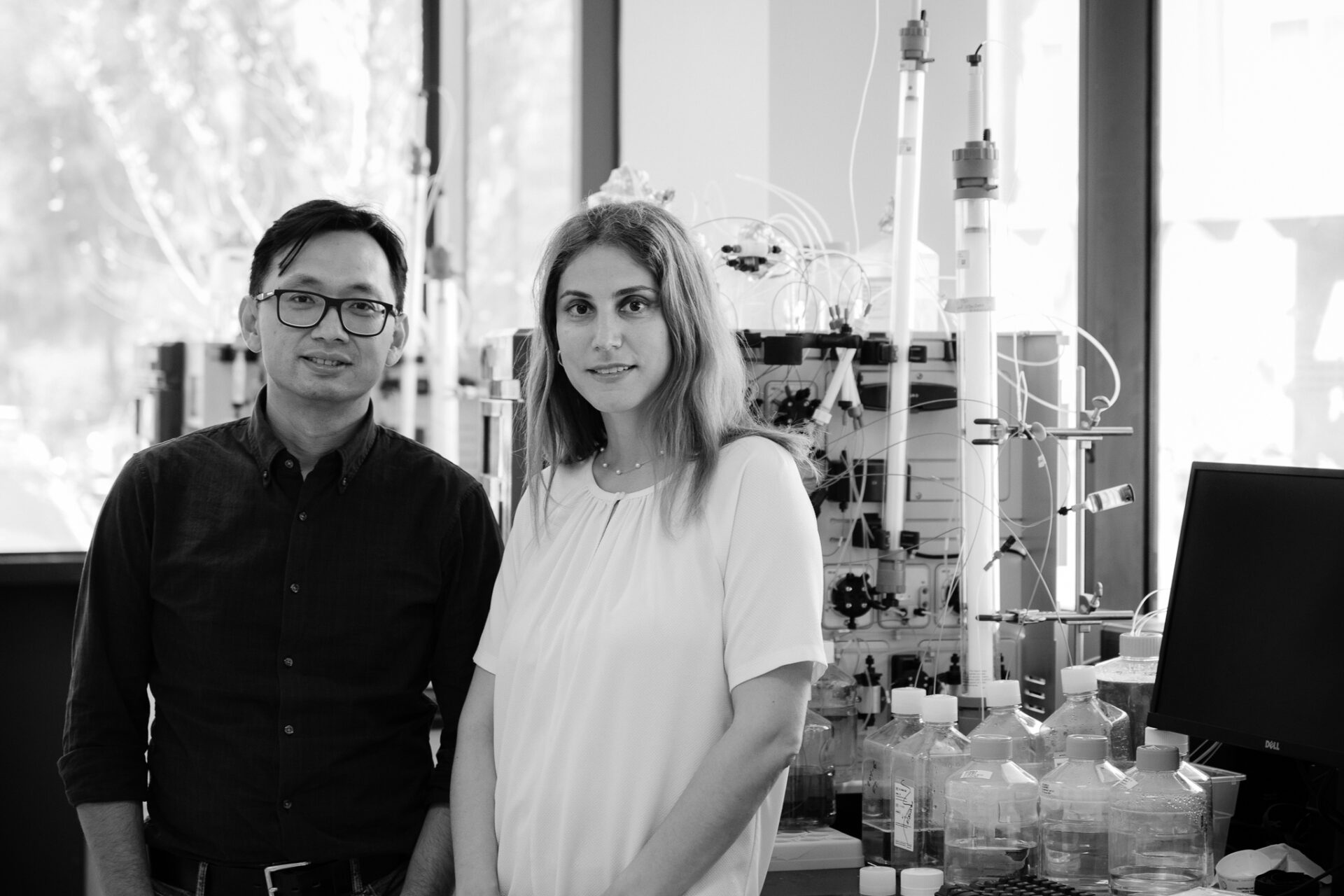 When it comes to developing immunotherapies to fight cancer, it’s all about targeting. While using the body’s natural immune system to attack tumors has shown great promise, there have also been many unwanted and sometimes toxic side effects because cells beyond the tumor are negatively impacted.

Ivana Djuretic and the team at Asher Bio believe they have formulated a better alternative. They’ve developed a molecule that can target only the immune cells that will go after a cancerous tumor.

Asher Bio’s method uses proteins, called cytokines, that are normally produced by the body’s immune system to regulate it. They activate the immune system when it’s needed and suppress it when it no longer is.

While for the past 20 years scientists at pharmaceutical companies have been developing immunotherapies to use these natural proteins and put them back to work in patients, their full potential wasn’t being realized, says Ivana. On its own, the body produces these proteins, but using them in treatment for cancer patients in daily or weekly doses may be too much. It has been difficult to recreate what nature does with the body’s automatic immune system, and the heavy doses given to cancer patients sometimes create toxic side effects.

Ivana and her co-founder of Asher Bio, Andy Yeung, believed there was a better way to make these drugs so that they specifically target cancerous tumors without the negative side effects.

Taking a chance on an idea they believed in

Ivana is an immunologist with a Ph.D. from Harvard, and Andy is a protein engineer with a Ph.D. from the Massachusetts Institute of Technology. They both had significant managerial roles at the same major pharmaceutical firm. But they both knew they would need to establish a startup company to be able to focus all their time and energy on their idea.

As Ivana explains, big pharma companies cannot put all their eggs in one basket, so their scientists often do research on several different treatment modalities simultaneously. To bring a singular focus to testing their idea, Ivana and Andy knew they needed to draw on the entrepreneurial spirit they both have.

They applied to a startup accelerator and won a small grant that enabled them to begin their research. Given the limited size of the grant, everything had to be done on a shoestring. They rented a single lab bench. They had managed large teams at their former company but knew they would both have to do hands-on bench work themselves. They rented an incubator and found additional equipment at auctions, from companies going out of business and on eBay.

With the treatment they developed, they did their initial tests on mice. Hiring a contract research organization to do that work was out of the question because it was too expensive. The cost would be more than the amount of their grant. They rented space at a vivarium, a facility that can house animals, and got assistance from a former colleague who is an expert on mouse immunology.

With a three-month deadline from the startup accelerator to develop a presentation they could deliver to additional investors, the team went to work. They injected the molecule they had developed into mice with cancerous tumors. It worked better than a molecule that had been developed by a competitor, and which was considered to be the state-of-the-art treatment for this type of immunotherapy.

As Ivana says, that work gave them the proof-of-concept data they needed to attract additional investors. Once they were ready to seek more investments, Ivana says each conversation with a potential investor enabled them to refine, and eventually perfect, how they told their company’s story.

One common question they heard was whether their targeting might be too narrow because many different types of immune cells can have an impact on cancer. Their primary competitor took that approach with a cytokine that activated many different immune cells. The previous thinking in the field had been that if you activate a broad range of immune cells, you would get a better result.

It was known that a specific type of immune cells – CD8+ killer T cells – were the super hero cells capable of killing cancer, so Asher Bio’s treatment targets those immune cells and no others.

Their tests with mice proved their theory. Targeting the specific cells produced a better outcome. The next step will be to determine if this approach also works with humans, and clinical trials of their treatment for cancer patients are scheduled to begin this fall.

A platform with broader applications

Part of the excitement of the Asher Bio team, and a big appeal to potential investors, is that this approach does not apply only to a single treatment but is rather a platform that could have broader applications.

Emles Venture Partners was one of the early investors in Asher Bio. As Ivana says, “Their investment gave us a lot of confidence.”

Emanuel (“Manny”) Zareh, a partner at Emles, along with Gabriel Hammond, says that he and Gabriel were both impressed that Ivana and Andy were willing to leave senior-level positions at a big pharma company to pursue their dream.

Manny notes, “It’s been said that if you don’t believe in yourself, then who will? Ivana and Andy demonstrated they both had the courage to take a chance on themselves.”

He adds, “They both have such impressive backgrounds and have had illustrious careers, and they made the case that they had a potentially breakthrough idea. It was an easy decision to invest and partner with them.”

A passionate and fully committed team

Ivana says that one of the appeals of working in a startup is that everyone is fully committed and passionate about supporting the company’s goals. Their initial team of six scientists shared that spirit, and she says that culture of passion and commitment has remained even as the firm’s staff has grown to thirty.

Cancer patients certainly stand to benefit from the team of scientists who come to work every day with that level of determination to find a more effective cure for them.

Get in touch with Asher Bio